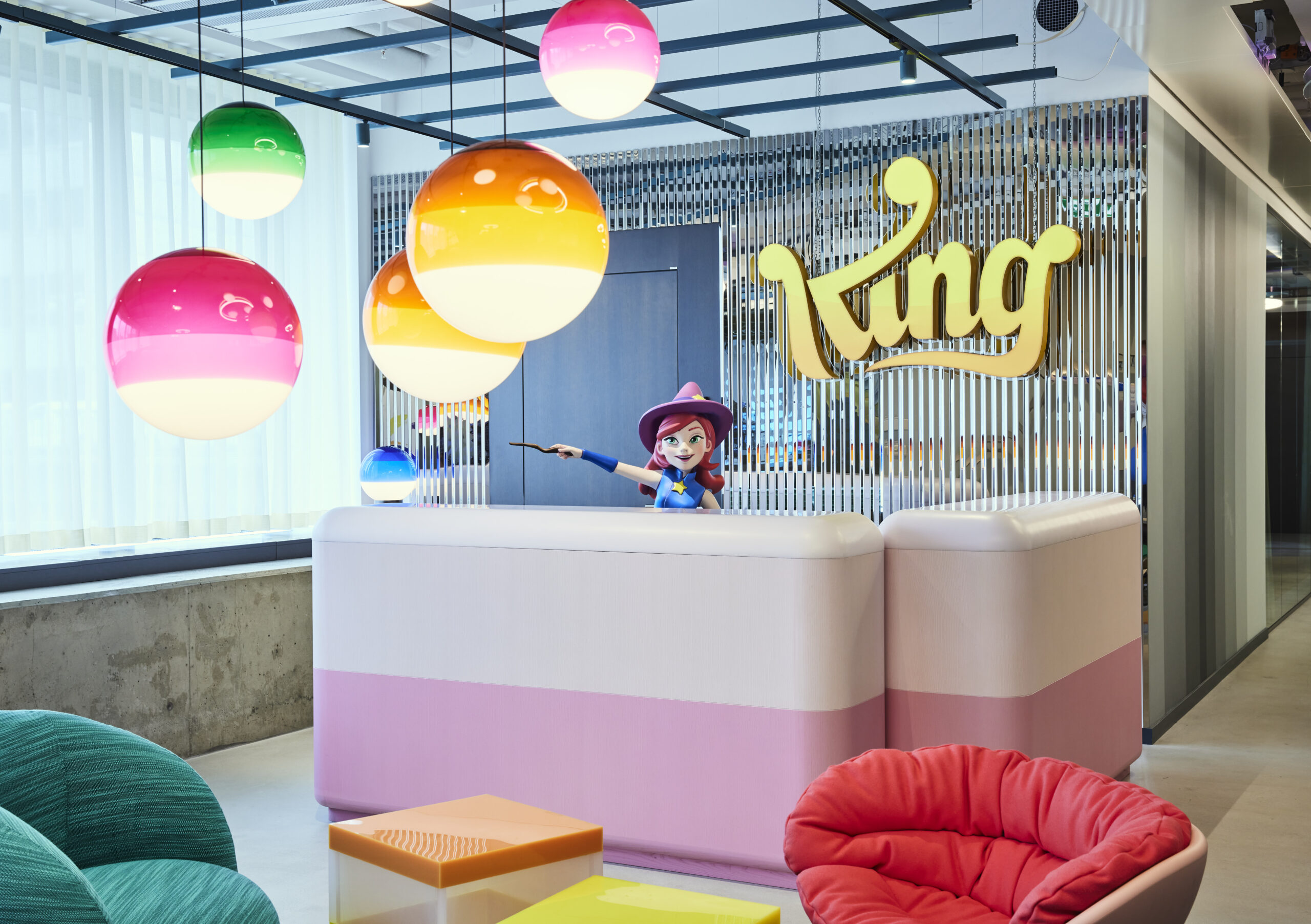 Studio Stockholm Arkitektur is the architect behind Sweden’s Best Designed Office in 2021. It is clear after the award has today been awarded to the Swedish game developer King, for whom Studio Stockholm has acted as the responsible interior architect.

The annual award Sweden’s Best Designed Office is awarded to the office that best meets the criterion of innovation, style, and work environment. When the prize was awarded for the eleventh time in a row, there were initially 52 grants for the Swedish people to choose from. After a jury has made its assessment of the three entries that received the most votes, it is clear that this year’s winner is the Swedish game developer King, for whom Studio Stockholm has acted as the responsible interior architect.

– It is a fantastically honorary award to receive, especially during a pandemic when the criterion innovation and work environment have been more important than ever. Together with King, we have created an office that deeply conveys who the company is, both today and tomorrow, and which thus supports both the brand and the business. I know that King experiences this as a great strength with the end product, and I think that the jury has also seen this in its assessment, says Marco Checchi, co-founder of Studio Stockholm.

King moved into its new premises located in Sergelhuset 2 during the autumn of 2020 and has just over 650 employees spread over seven floors. Under these conditions, finding solutions that build a common culture and stimulate innovation was therefore the focus of Studio Stockholm’s work. Based on King’s motto “Seriously Playful”, the studio wanted to enable clearly playful conceptual grips, without becoming naive in their expressions. The result is an office with a modern aesthetic where creative environments interact with an international character and well-kept details, as well as optimized team surfaces that support the innovative workflow that characterizes King.

– The fact that our new office was partly created during a time of pandemic meant many important insights about what type of employer we want to be, and how we create a long-term attractive and sustainable workplace. Here, Studio Stockholm has been an excellent partner in both listening in and challenging us. This award therefore strengthens us in the belief that we really have a completely unique office, says Elinor Wattman, Senior Group Workplace Manager at King.

The office is closed between December 24th and January 3rd. Studio Stockholm wishes you a relaxing winter vacation!

Studio Stockholm Arkitektur is the architect behind Sweden’s Best Designed Office in 2021. It is clear after the award has today been awarded to the Swedish […]