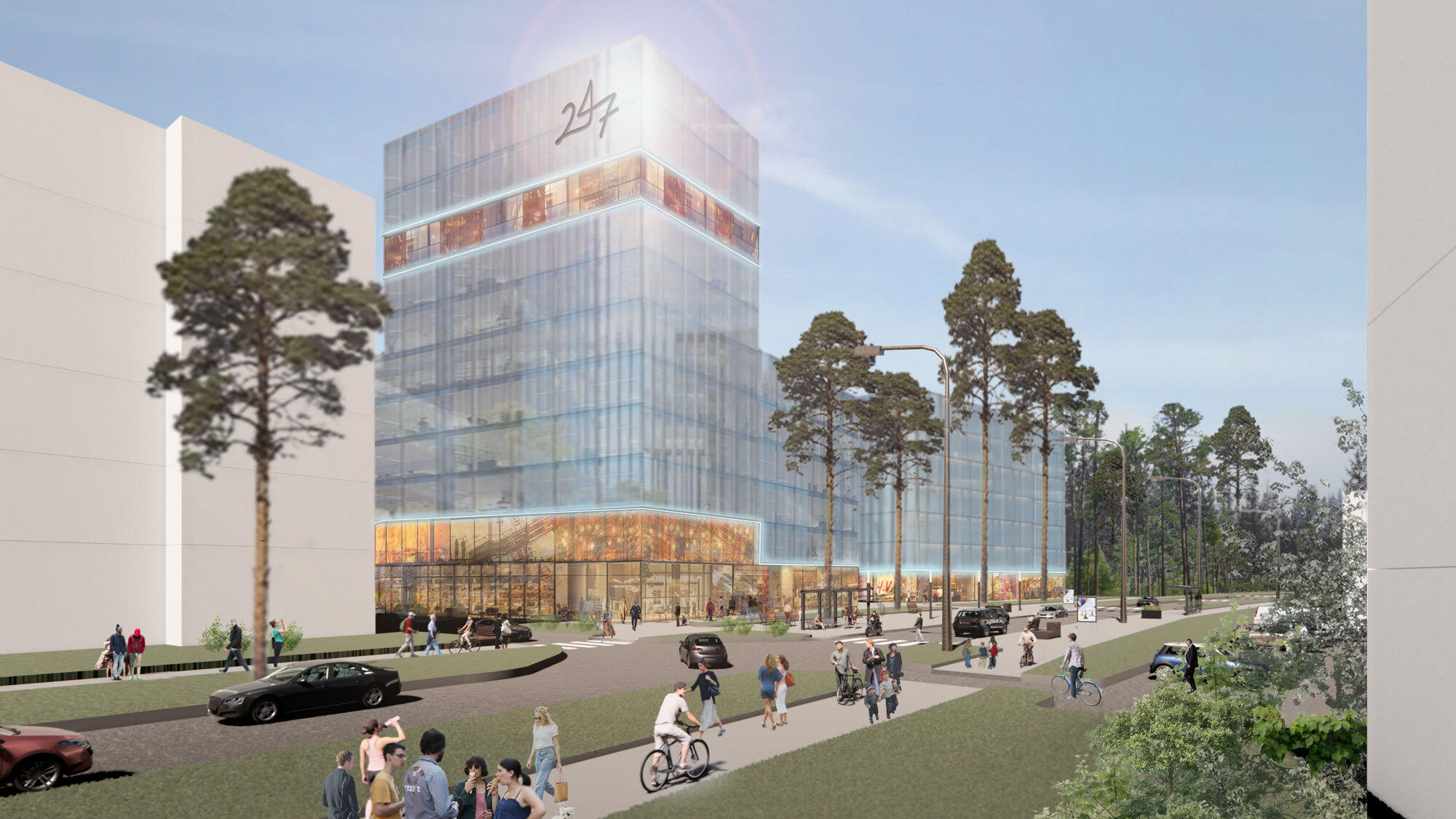 Since 2017, Studio Stockholm Arkitektur has had the assignment on behalf of Fastpartner to develop a new area in Gävle corresponding to a gross area of ​​approximately 36,000 square meters. The area is planned to function as a regional hub and thus an important component in the municipality’s vision of establishing a new district that links the outer parts with the city center. Now the detailed development plan has gained legal force.

– It feels great to have reached this milestone. Together with the municipality of Gävle and Fastpartner, we have succeeded in achieving a unique detailed development plan and thus created conditions for the place to be exactly the hub we have aimed for since the start, says Camilla Nordgren, Lead Architect at Studio Stockholm.

The area that is under development is located in the new district Gavlehov, between the large sports facilities on the outskirts of the city – the area Sätra, Stigslund and Gävle city center. An important part of Studio Stockholm’s mission has therefore been to utilize the existing profile for the local area and at the same time enable a new independent location that attracts a broad target group. By connecting two previously separate districts, the new area will also be an important bridge in the overall cityscape and social structures.

The detailed development plan, which gained legal force on Friday, has focused on creating an active and flexible area, something that the project name tjugofyrasju (twentyfourseven) illustrates. Distributed over four blocks, the area will offer space for a large and varied range of retail, healthcare, preschool and high school, offices and housing. In addition, a new hotel will also be established as part of the commercial segment and the city front.

– We are extremely expectant for the continued work. We have wanted to create a dynamic meeting place where people can both live and work – all day, every day. The next step will be to see how we can utilize the potential at our disposal in the best possible way, says Fredrik Thorgren, Regional Manager Gävle, Fastpartner.

Studio Stockholm was involved early in the process as the site was analyzed. Since then, the studio has acted as a strategic advisor in the definition of the site, the architecture, the content and finances, as well as in the development of the DPL, where a central aspect of the work has been to unite the stakeholders’ vision for the site as a whole.

– Good communication has definitely been the key in this project. At Studio Stockholm, we care about our projects creating value, both today and tomorrow, and thanks to a good and transparent dialogue with all parties, we have now managed to lay the foundation for one of Gävle’s most exciting areas, says Camilla Nordgren.

Since 2019, Studio Stockholm has been developing strategy, concept, product, and market material for real estate investment company NCAP’s property Brädstapeln 13 at Fleminggatan 20. When […]

Studio Stockholm Arkitektur expands its ownership as Studio Director Marie Holmberg becomes a new partner. Marie, who joined the studio already in 2015, has in recent […]

Studio Stockholm are very proud that our work for King has received Frame Awards’ Honourable Mention in the category Colour!   Read more at: https://frameweb.com/article/this-months-frame-awards-winner-indicates-how-spaces-can-optimize-users-sensory-perception