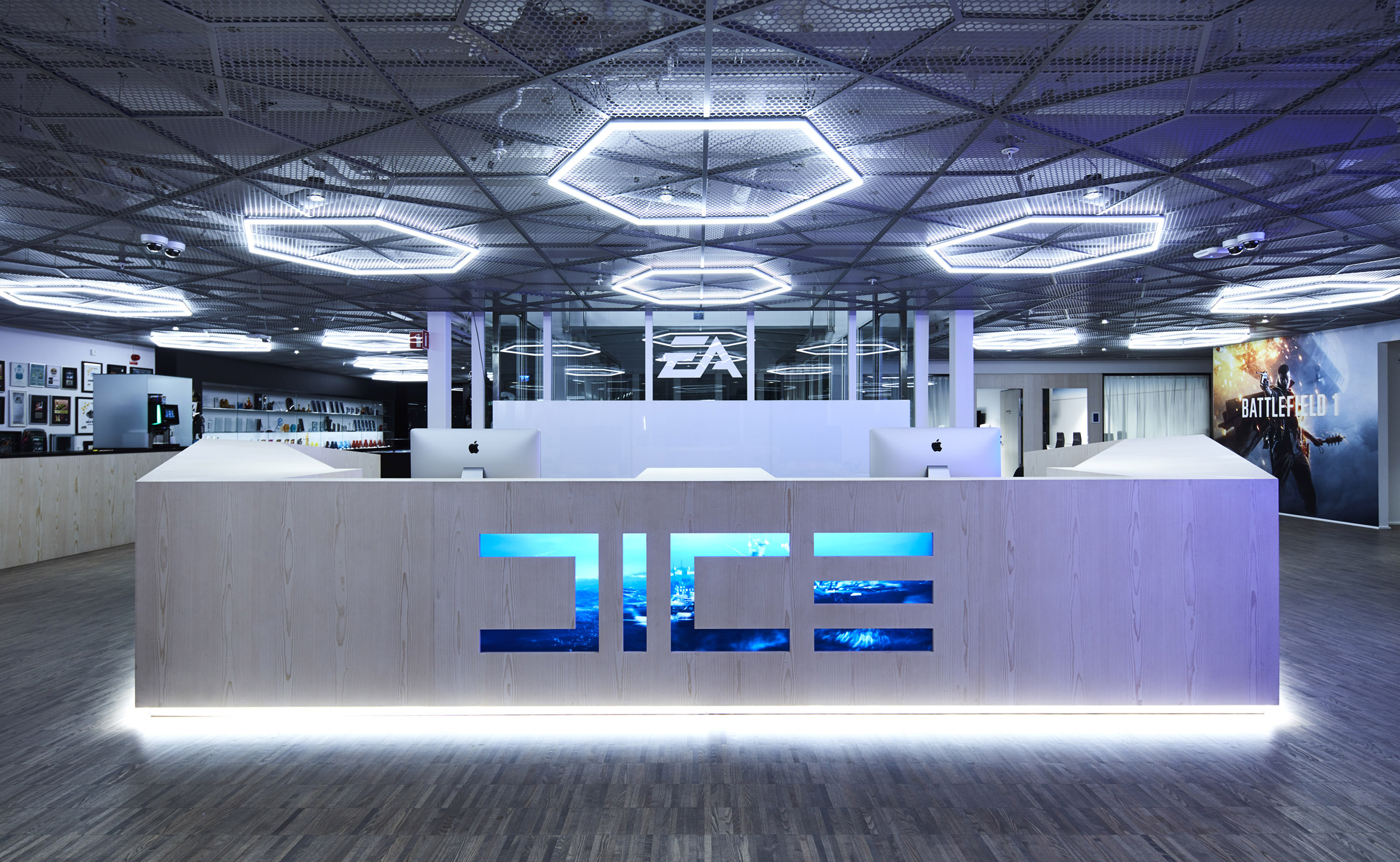 The jury, consisting of industry representatives and under the leadership of Chairman Gert Wingårdh, chose Dice as the winner:

“A well-designed office is primarily an office that suits and reflects the business carried out in it – an office that encourages a business to grow and develop. A company that stands out obviously needs an office that stands out. This year’s winner breathes playfulness, creativity, innovation and courage. The design shows courage to try new solutions that both visually and functionally reflect the company’s ambition to be a world leader in what they do. This is an office of a company that really dare to invest – who dare to throw the dice. Roll the Dice!”

For Dice’s project Studio Stockholm took the whole role of architect Both for the tenant but also for the property owner in regards to the property’s entire design and adaptation. As well as Dice’s office, Studio Stockholm also designed Wiget Media’s office which finished second in this year’s competition.

“It’s fantastic that two of the five nominated offices in this year’s competition were designed by Studio Stockholm. The fact that Dice went on to win and Wiget received second place is proof that we are leading the way in office development in Sweden. Our success is due to working with strong concepts, brand-building interiors and the development of how our customers operate. We are extremely proud of these results and want to say a big thank you to our customers who believe in the strong concepts we develop for them”, says Marco Checchi, a partner at Studio Stockholm Arkitektur.

Pictures of the entries can be seen here: Dice and Wiget Media.

Studio Stockholm is rewarded with the Rethinking The Future Awards 2020

” We can see continued demand for our services among our clients. Therefore we have strengthened our team with three new employees, and we are also […]

The office is closed between 20th of December and 1st of January. We look forward to further great collaboration in 2020!