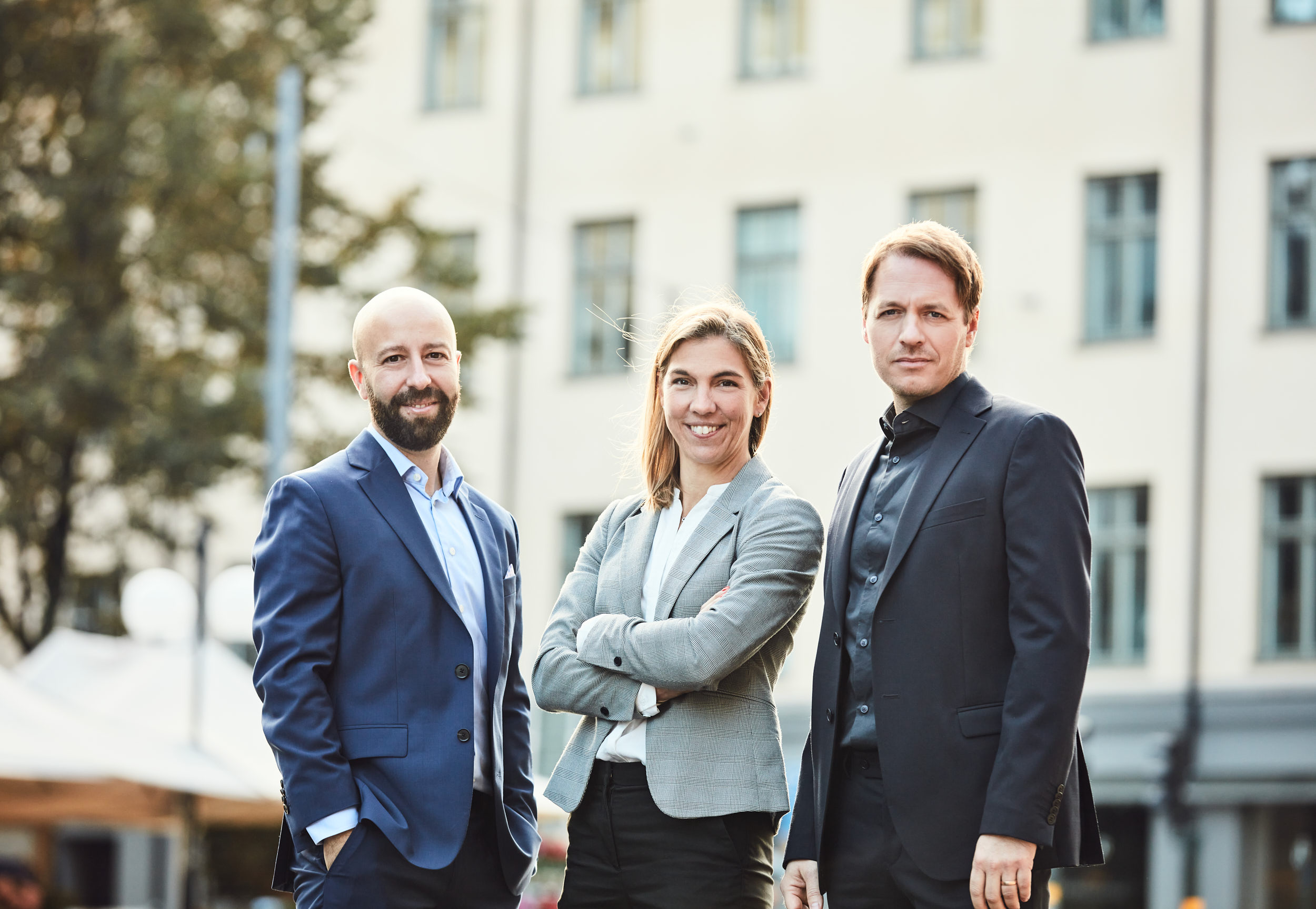 Studio Stockholm Arkitektur expands its ownership as Studio Director Marie Holmberg becomes a new partner. Marie, who joined the studio already in 2015, has in recent years had a key role in the management team with responsibility for planning, personnel, and recruitment.

Studio Stockholm was founded in 2014 by current owners Marco Checchi and Alessandro Cardinale. The studio has grown steadily in recent years and despite the pandemic, revenue increased by 20 percent between 2019 and 2021 while the number of employees grew by 15 percent. Now the ownership is expanding when Studio Director Marie Holmberg becomes a new partner.

– Marie has for a long time made herself a worthy partner. She has been responsible for central parts of our business and is thus an incredibly important person for the studio’s development. Marie understands that the conditions for good architecture are created by running a healthy company and therefore, it feels not only fun but also very natural that she now enters as a partner and deepens her already great commitment, says Alessandro Cardinale.

Marie, who is a trained architect at Lund University, took over as Studio Director in 2019 and has since been part of the management team with special responsibility for planning, staff, and recruitment – areas that she will also retain in the future. In parallel, she has led several of the studio’s larger and more complex architectural projects, such as the transformation of Fleminggatan 20 and the development of Foresta on Lidingö.

– During my years at the studio, we have gone from being a good to a fantastic business. A large part of that journey must of course be attributed to employees and customers, but also to the leadership that Alessandro and Marco stand for. I am therefore really looking forward to continuing to build the studio together, says Marie Holmberg.

Over the past year, Studio Stockholm has received attention for several of its projects, including the assignment for the game developer King, which won Sweden’s Best Desgined Office in 2021, and for the investment company EQT, which in 2022 was nominated for the architecture award Guldstolen.

Studio Stockholm Arkitektur and Svenska Spel extend their collaboration as Studio Stockholm has been commissioned to modernize the company’s headquarters in Visby. The focus of the […]

Since 2019, Studio Stockholm has been developing strategy, concept, product, and market material for real estate investment company NCAP’s property Brädstapeln 13 at Fleminggatan 20. When […]

Studio Stockholm Arkitektur expands its ownership as Studio Director Marie Holmberg becomes a new partner. Marie, who joined the studio already in 2015, has in recent […]