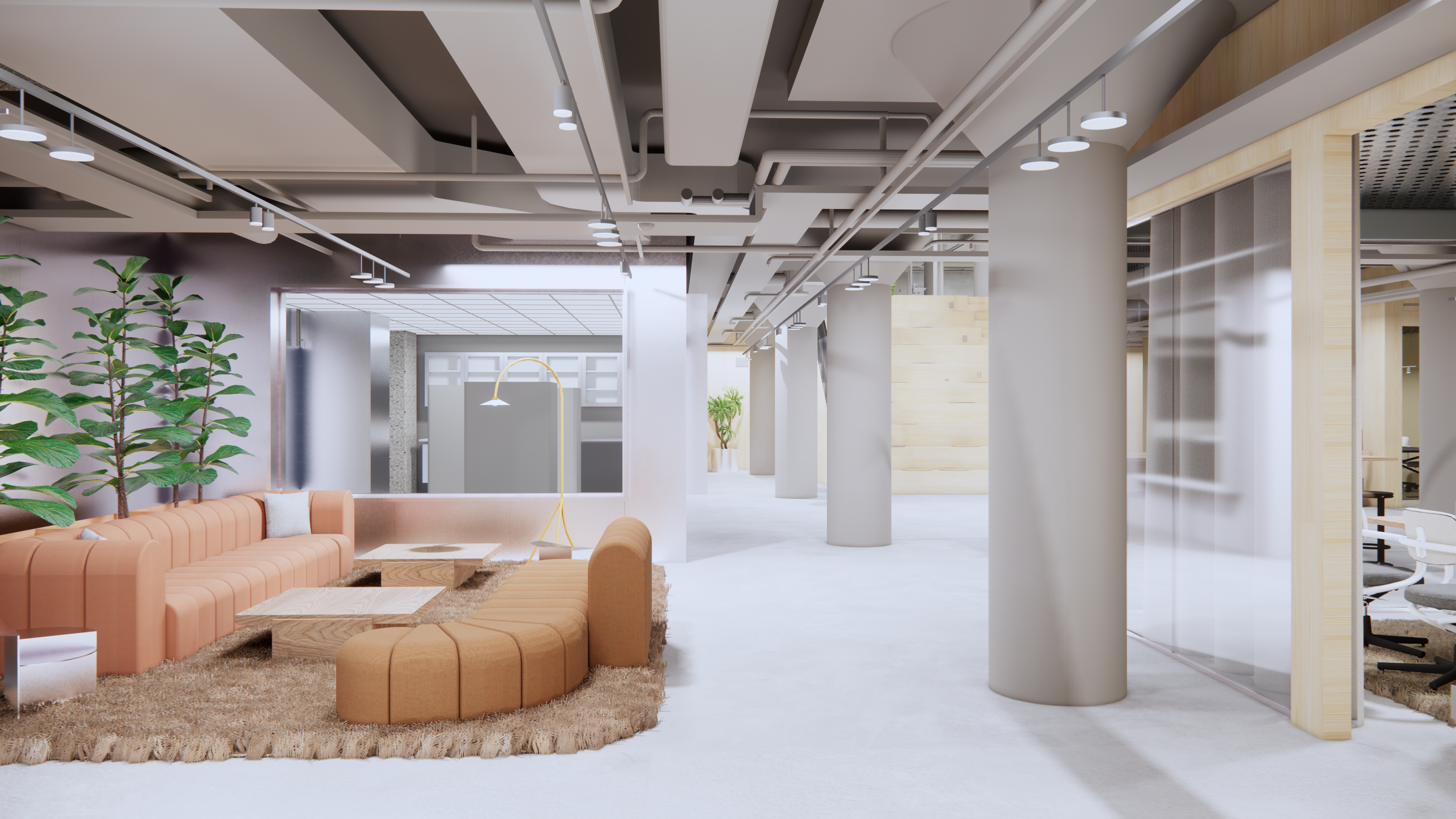 The Swedish life science company Olink is moving into Cykelfabriken in Uppsala – a 7,400 square metre industrial building steeped in local history. Studio Stockholm Arkitektur is the interior architect responsible for the building’s transformation from a multi to a single tenant, and the design focuses on high-tech solutions and human values.

The Uppsala-based biotechnology company Olink Proteomics has experienced rapid growth in recent years and is now preparing for further expansion. This was the rationale behind the decision to establish a new joint headquarters in 2020, to replace the seven different addresses it had previously. Studio Stockholm was brought on board early in the process as strategic advisors in charge of the property’s overall design. The emphasis in presenting the new concept is on reflecting the innovative, high-tech, and human nature at the heart of Olink’s business while also supporting the vision of one Olink – nationally and globally.

– Olink is a tremendously exciting company and a crucial employer for the local business community. Being able to interpret how the life science of the future manifests in the physical environment, both strategically and practically, therefore feels like an equally fun and important assignment, says Karolina Nyström, responsible interior designer at Studio Stockholm.

The new facility will include both laboratory and office space. To allow for a more extensive light intake, the deep body of the building will be opened up between the four floors to make way for an atrium that will serve as the building’s primary vertical communication path. Internally, the concrete beam layer will be sanded and juxtaposed with warm wood panels and stainless-steel sheeting – to act as a laboratory reference. A clear entrance will be created on the exterior, and holes will be punched into the building’s enclosed body to improve daylight penetration and allow the old factory to be reborn as a contemporary workplace.

– This is a huge and important step for our company and culture. Because of our global presence in the high-tech industry, we require a headquarters that fosters the best conditions for innovation and collaboration to stay ahead of the curve. It will be a place where we can all grow together,” says Jon Heimer, CEO of Olink.

Cykelfabriken was the largest bicycle manufacturer in Northern Europe in the min-20th century, and Studio Stockholm has decided to carefully manage and implement the building’s historical attributes in the final design. The former rooftop garden found on the top floor and the marble floor in the former staff restaurant will be restored and preserved, among other things.

– There’s something unbelievably exciting about taking on a property that once housed a local, state-of-the-art industry, which is now becoming a future counterpart. The project is, in many ways, a bridge between two wildly different industries, both of great importance for Swedish exports, albeit with the difference that the great innovation then was bicycles, whereas it is protein analysis today, says Karolina Nyström.

The 450-plus employees are scheduled to move in during the second quarter of 2023.

The office is closed between December 23rd and January 1st. Instead of Christmas gifts, we have chosen to donate money to UNICEF, which goes to the […]

– This is an assignment that suits us at Studio Stockholm very well. Our experience from technology-intensive companies with high demands on the physical work environment, […]

Visualisering Sweco Architects Studio Stockholm Arkitektur has been awarded the contract to develop 21,000 sqm of office space in the new Sturekvarteret district. “The site’s history, […]