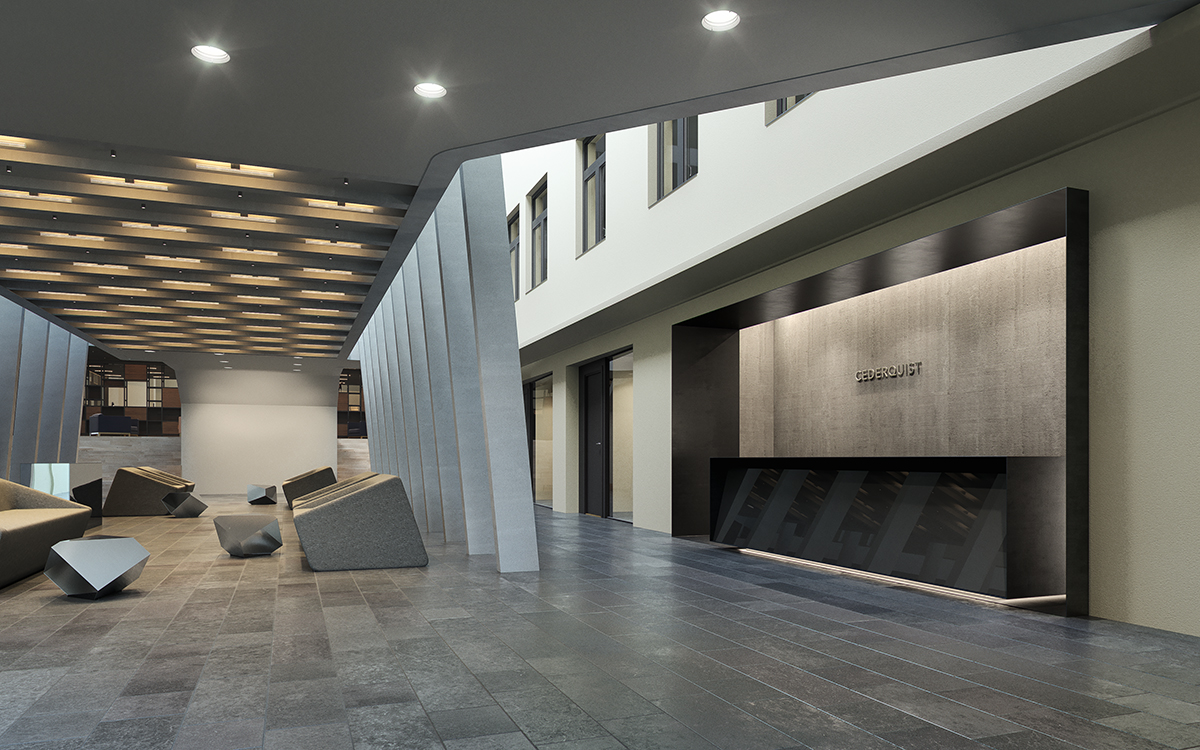 Cederquist is one of Sweden’s leading business law firms with 130 employees at their office in central Stockholm. With a modern profile and a clear focus on both their clients and employees, Cederquist is considered to be among the very best in their areas of expertise and in international publications is regularly ranked as one of the top agencies. Most recently they have once again been nominated in the category “Sweden Law Firm of the Year” at the Chambers Europe Awards in 2016.

“Cederquist has a very modern approach to their business. This is something we have taken on board and will visualize when developing their new concept, a Living Gallery, which will be a combination of a living room and a modern art gallery. We at Studio Stockholm look forward to a continued exciting collaboration”, says Marco Checchi, a partner at Studio Stockholm Arkitektur.

Studio Stockholm’s collaboration with Cederquist started back in 2014 with a focus on strategy development and conceptualisation of their future premises. With this project, Studio Stockholm continues to cement its successful efforts to create strong concepts for leading brands.

“We are delighted to partner with a modern architectural agency such as Studio Stockholm. Our organisation distinguishes itself by being a modern company with a dynamic approach in a traditionally conservative industry. Art has been an important part of our identity for a long time. By developing the concept of a Living Gallery, we think that Studio Stockholm has managed to capture our distinctive identity and has consequently created a concept that feels like ‘us’,” says Tone Myhre-Jensen, CEO at Cederquist.

Cederquist has chosen to renew their lease with Humlegården at Hovslagargatan 3 on Blasieholmen in Stockholm. The project is expected to be completed by spring 2017.

The office is closed between 6th of July and 9th of August. Studio Stockholm wishes you a relaxing summer vacation!

The two Swedish municipalities of Stockholm and Solna are increasingly growing together through the development of a new area within Norra Hagastaden (North Haga City). Property […]